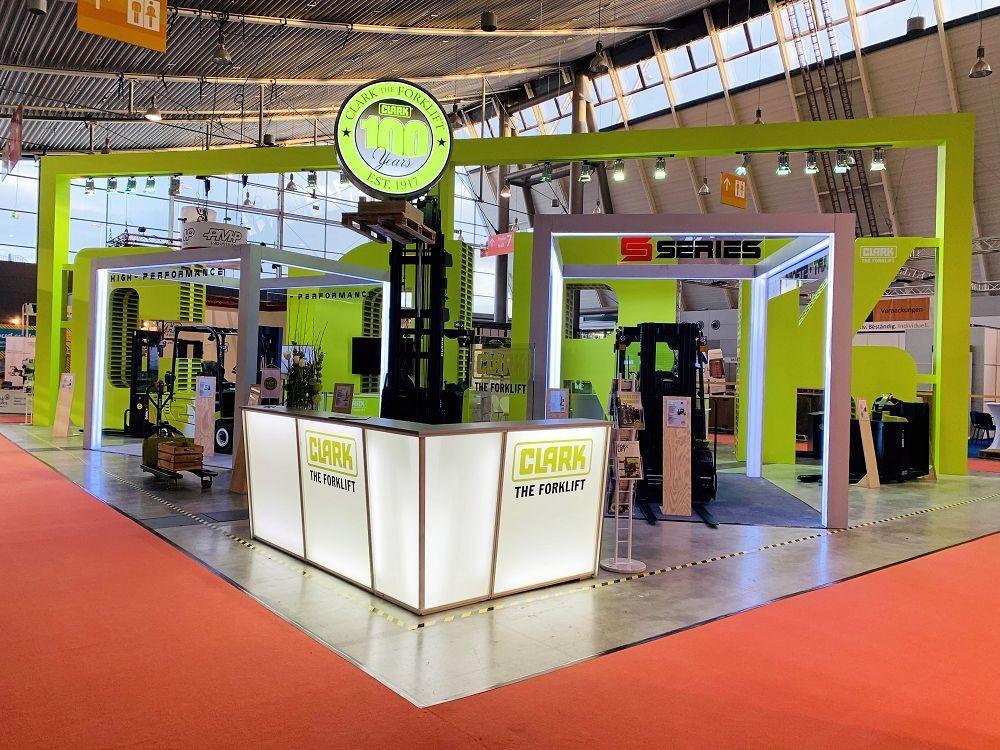 This year’s LogiMAT, which took place from 19th to 21st February in Stuttgart, broke another visitor record with over 60,000 international trade visitors. Clark Europe was amongst 1,624 exhibitors from 42 countries. The manufacturer of material handling equipment used the 17th international trade fair for intra-logistic solutions and process management to present product innovations such as the low-platform truck PPFXS20, the four-wheel electric lift truck of the GEX series as well as the IFOY Award 2019 nominated S-Series.

The outcome of the trade fair was most favourable for CLARK Europe. Many contacts with potential customers and suppliers were established and talks were held with dealership candidates. Trade visitors showed interest amongst other in combustion engine forklifts of the S-Series, but especially in the Clark electric four-wheeled forklift of the GEX production series with load capacity of 2 to3 t. With excellent performance data regarding operational speed, acceleration and climbing power, the vehicles are as efficient as comparable forklift trucks with combustion engines. The robust equipment also impressed with its 101° steering, which allows it to turn on the spot like a three-wheeled forklift. With these vehicles, Clark also demonstrated to trade visitors its expertise in the electric sector.

Lower photograph caption
The low-platform truck PPFXS20 with a load capacity of 2 t and integrated driver-stand platform was premiered at the LogiMAT.

“At the LogiMAT we showed our customers that we are in a position to offer the best possible solution for their respective transport operations with our wide-ranging performance spectrum. The trade visitors’ positive feedback to our trade stand showed, that we are on the right track from a pure manufacturer of industrial trucks to a service provider. This means that we now need to evaluate the discussions, develop newly made contacts and continue working to improve our performance portfolio,” explains Rolf Eiten, President & CEO Clark Europe GmbH.