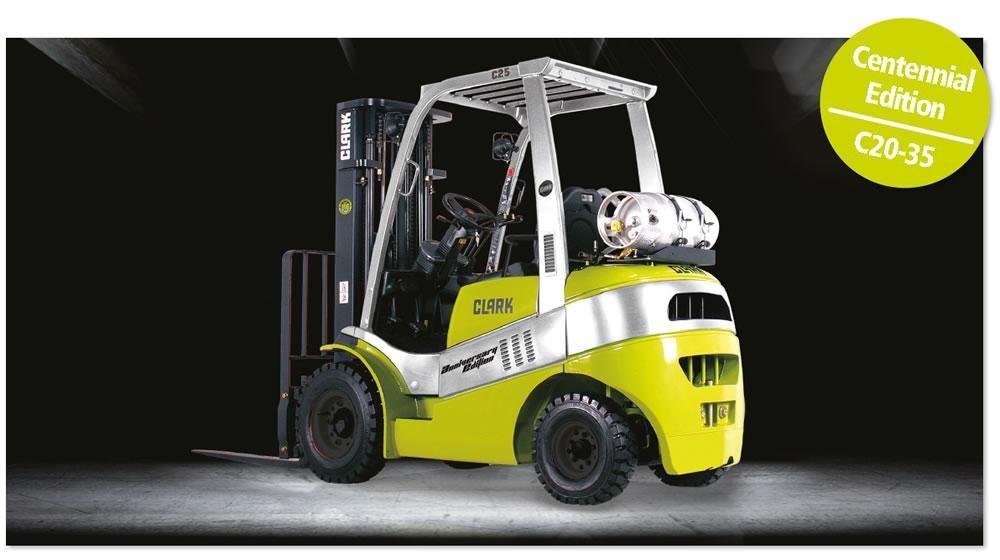 Where would we be today without CLARK? Without a doubt: A world without forklifts quickly and safely moving pallets, containers, raw materials, machines, and more from A to B is hardly conceivable. Machines instead of muscle power-luckily, Eugene Bradley Clark took on this assignment back in 1917 and invented“The Forklift”, the first forklift in the world.

A milestone in the history of logistics which has given Eugene Bradley Clark (*1873 †1942) a place in the Logistics Hall of Fame since 2007. Just in time for their 2017 anniversary, CLARK presents the centennial edition of the internal combustion C20-35 forklift series. CLARK presents the special edition with capacities of 2.0 to 3.5 tons live on site at the specialist fair LogiMAT in Stuttgart from March 14 to 16, 2017 (Hall 6, Booth 6F41).

Press conferences worldwide are held around the centennial festivities. In addition, CLARK employees and dealers from around the world meet at the U.S. headquarters in Lexington, Kentucky, in May 2017 to celebrate the long path from the entrepreneur to the cult brand of the global forklift together.