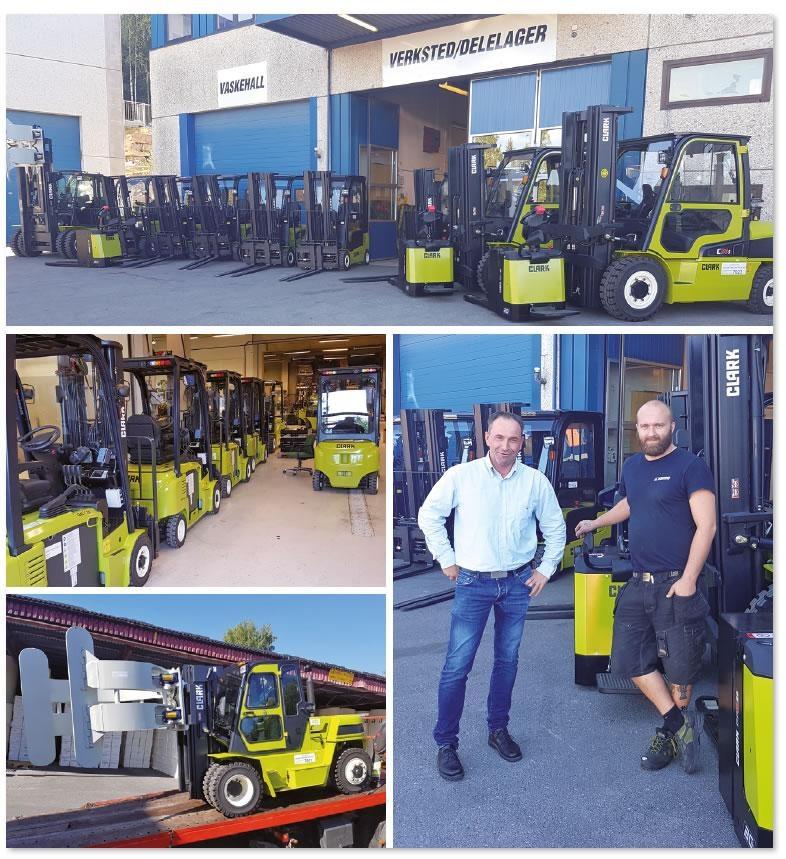 Fast start in Norway: As soon as the trade agreement by and between CLARK Europe GmbH and the Norwegian logistics provider Norsk Truckutleie AS was signed in January 2016, the Scandinavians went on a breathtaking path with the new business. CEO Hans Erling Høiseth and his team had to increase the forecasts for the following year since they were able to sell significantly more or agreed on more long-term lease agreements with customers than expected. Thus, for example, a total of 13 CLARK forklifts were delivered to Vajda-Papir Skandinavien AS in Drammen. The headquarters of Norsk Truckutleie is situated in Hagan near the capital Oslo.

Operating under the umbrella of the Fortuna Groups since 2014, the portfolio includes forklifts between 1 and 35 tons, warehouse leases, telescope forklifts, and sweepers. The addition of CLARK warehouse equipment and CLARK electric and diesel forklifts with capacities ranging between 1.8 and 8 tons to the assortment is deemed a landmark decision

–CEO Hans Erling Høiseth: “Clark has a well-positioned European headquarter in Duisburg with various machines “on stock”—that made the delivery of the first 50 machines relatively easy. The fact that the lead times ex works are very short is also a favorable factor.” For 2017, Hans Erling Høiseth expects a growth rate of 15%: “We aim for healthy, useful growth and bringing our company forward step by step.”