Clark at CeMAT 2018 in Hanover 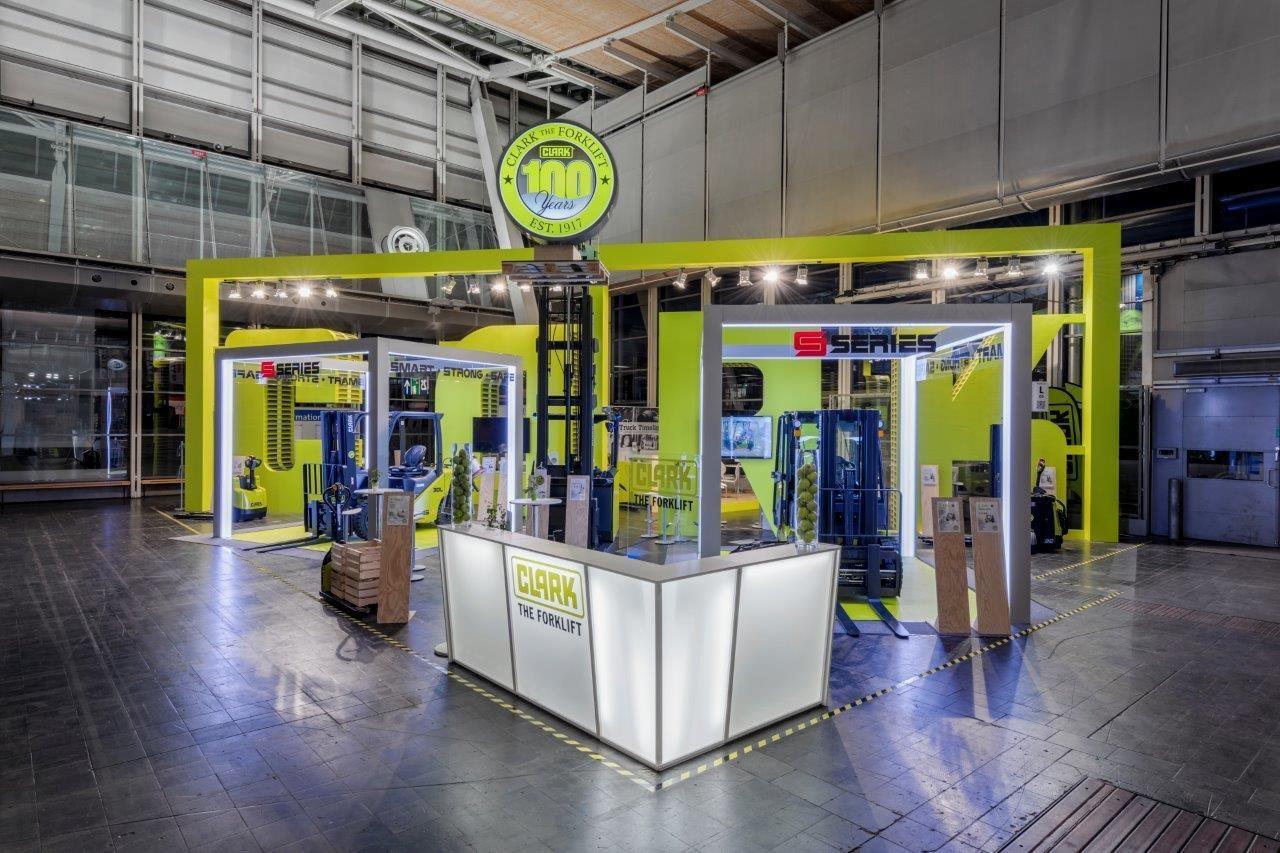 Clark presents the S-Series at CeMAT 2018

For the first time, CeMAT 2018 opened its doors to visitors in conjunction with the Hannover Messe trade show in Hanover from April 23 to 27, 2018. At the leading international exhibition on the requirements and trends of the growing production, logistics and energy industries, about 1,000 exhibitors introduced their innovative solutions and products on intralogistics and supply chain management. Clark Europe GmbH also used this platform to present a diversified selection of Clark’s industrial trucks to the trade professionals.

Of course, the new S-Series was the centrepiece of Clark’s presentation in Hall 26 and the outside area. The completely newly developed generation of internal combustion counterbalance trucks with capacities from 2 to 3.5 tons was not only well received by the interested trade professionals, it also surprised the trade press and competitors. Clark’s trade show booth was a highlight on par with the exhibits. Just for CeMAT, Clark developed a completely new booth concept. The eyecatchers were 4.5-meter-high letters with the Clark logo, which spread across the entire trade show booth and provided a perfect separation between the CLARK exhibits and the relaxation and networking zone. The giant lettering drew visitors to the booth even from far away.

“In addition to the S-Series, the reissued cushion forklifts from the CGC series were another highlight of the trade show”

The reissued cushion forklifts from the CGC series with capacities from 4 to 7 tons were another centrepiece at CeMAT, as was the WPio12 electric hand pallet truck with a lithium-ion battery, which was launched on the market last year and has already turned into a bestseller in this short time. The exhibition portfolio at the trade show also included the SRX14/16 reach trucks with capacities from 1.4 to 1.6 tons and lift heights up to 10.5 meters, the GEX 40-50 electric forklifts designed for loads up to five tons, the internal combustion forklifts from the C60-80 series with capacities for loads up to eight tons, the electric tow tractors from the CTX 40-70 series and an extensive range of warehouse equipment from Clark.

Rolf Eiten, President and CEO of Clark Europe GmbH, about the trade show appearance at CeMAT.  “Even if the number of trade visitors was far below our expectations and, in our view, the idea from Deutsche Messe AG to simultaneously draw Hannover Messe trade show visitors to CeMAT did not work out, we were still successful in Hanover: We sold several of our exhibits to visitors during the trade show. We made new supplier contacts and improved others. We were able to start good projects with end customers as well as potential new sales partners. And we made very good press contacts at the trade show.” He continues, “Of course, like many other exhibitors, we are wondering if the format of CeMAT in Hanover is still one that fits our industry or whether we have to develop a different format. We will certainly discuss alternative measures internally as well.”